I just got back from seeing a little part of the world, I call the gateway to Europe – a magical place where the marriage of mythology and the symbolic stirrings of Western civilization brings you alive just by walking through the gates of the Acropolis. As you have a silent wander around the majestically divine Parthenon with its strong Doric columns, you have to embrace that moment. The Parthenon, to me – a Greek and Roman mythology crazed student – was such an emotional meeting, I had to sit silently and watch. I had to imagine what went on when the gods convened, and I vowed to return, so I could see the patron goddess of the city – Athena – restored and brought back to her original home, in all its glory.

Athens in early March was a city surrounded by friendly dogs, warmed by the wintry sun, filled with light and food. A simple ‘yassou’ or kalimera could win you some pretty brilliant local smiles.The Hephaisteion, my favorite temple, dedicated to Hephaestus and Athena stunned me into silence yet again. It is perfectly perched over the Roman Agora where any which way you turn offers you stunning vistas of the temple.

There was so much to see and explore, would love to know your thoughts dear readers…  food and more exploring to follow… 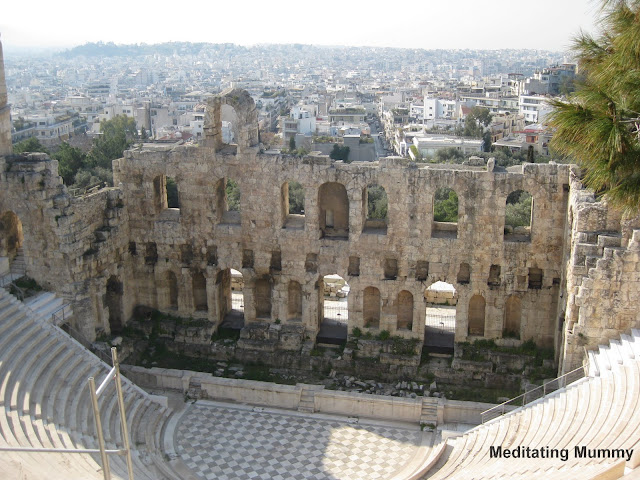 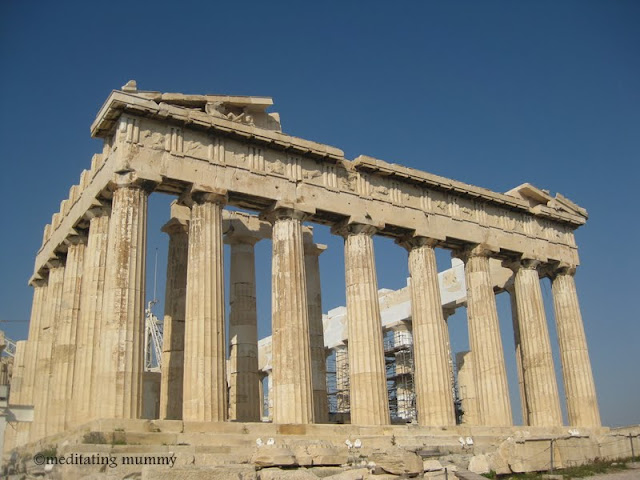 The Parthenon in all its glory 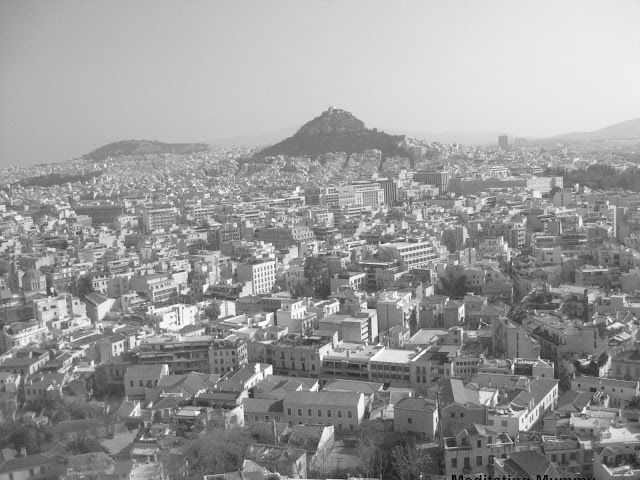 A view of Athens from the top of the Acropolis

The Erechtheion – with the porch of the Caryatids in full view

Temple of Zeus with the Parthenon in the background

Walking across from the Parthenon to the Acropolis Museum